We have found 7 local and/or online tutors or teachers who offer private guitar lessons.

Acclaimed for his charisma and versatility, guitarist David Sossa has fascinated audiences internationally. As a soloist, David has performed in Japan, England, France, Italy, Spain, Canada, USA, Mexico, Cuba, Colombia, Chile and Ecuador. He is also a chamber musician, participating with other artists locally and internationally in both live and recorded performance. David holds a Master of Music degree in Guitar Performance from The University of British Columbia having received numerous scholarships throughout his studies and career. David was the Head of the Guitar Department at the British Columbia Conservatory of Music from 2015 to 2021. 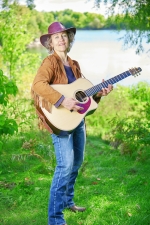 I am a musician with an Honours Bachelor of Fine Arts (Hon BFA), majoring in Classical Voice from York University. I can teach you how to warm up the voice and other vocal techniques, and I can teach beginner guitar technique. I have a good knowledge of theory, which I can pass on to you as well. Harmonica is another instrument I can teach the basics for. 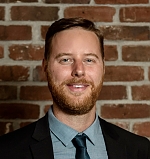 Hello! I am a multi instrumentalist with over 15 years of performance, recording and teaching experience. I currently teach beginner through advanced guitar, electric bass and music theory. 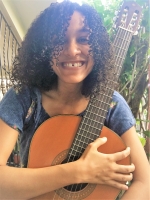 Music instructor with experience in music teaching, I play classical guitar, I have knowledge of music reading, music theory and harmony. I eager to share what I know with people who are interested in it.

English speaking guitar teacher who is especially suited to young and old adults who have some previous experience with the instrument. I'm well versed in playing standards, rhythm & blues, country, blues and pop songs. Also have a better than average understanding of music theory. 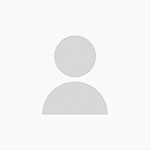